If you find your sports clothes so comfy that you just want to live in them, I’ve got an exciting item to tell you about: the Sheex Performance Sheet Set. Designed to feel just like your favorite and most comfortable technical sports clothing, Sheex work hard to keep you feeling cool throughout the night. However, Sheex seems to be one of those items that people either absolutely love and don't buy anything else, or absolutely loathe. There isn't really anyone who finds them just okay. Find out in this in-depth review why they are so polarizing and learn if they are the right choice for you.

Sheex Performance Sheet Set Review: Will They Be Right For You? 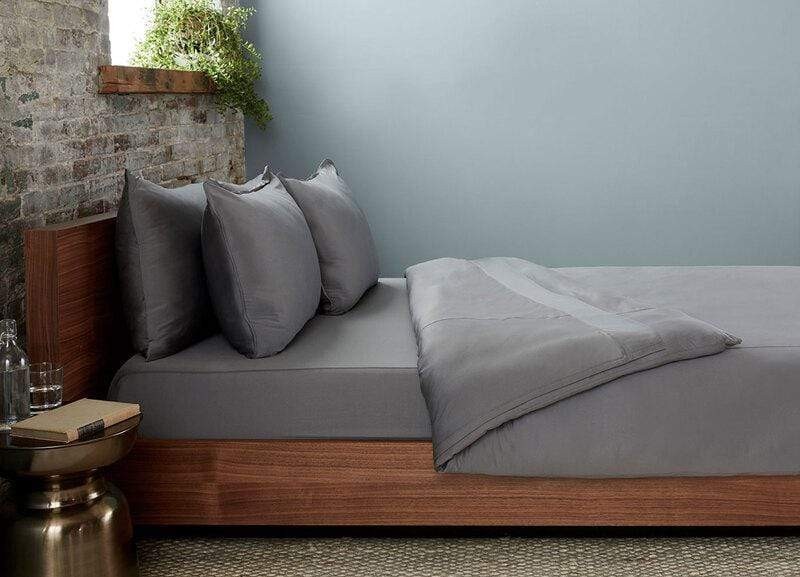 If you find your sports clothes so comfy that you just want to live in them, I’ve got an exciting item to tell you about: the Sheex Performance Sheet Set. Designed to feel just like your favorite and most comfortable technical sports clothing, Sheex work hard to keep you feeling cool throughout the night.

However, Sheex seems to be one of those items that people either absolutely love and don’t buy anything else, or absolutely loathe. There isn’t really anyone who finds them just okay. Find out in this in-depth review why they are so polarizing and learn if they are the right choice for you.

Sheex was started by two innovative and athletic ladies, Michelle Brooke-Marciniak and Susan Walvius. Michelle is a former professional basketballer in the WNBA and Susan has been a successful basketball coach.

Sheex was born when the pair were coaching basketball together in 2007. Standing court-side in their super comfy sportswear, Susan turned to Michelle and said, “I would love to have some bed sheets made out of this stuff”. They haven’t looked back since: Sheex now offers a range of bedding and sleepwear, of which the Sheex Performance Sheet Set is the iconic item.

You can view the full Sheex range on Amazon by clicking here.

The Sheex Performance sheet set is available in four sizes.

The reason the Twin/Twin XL and King/California King have been put together is that these sheets have a lot of stretch to them, and they are designed to fit both sizes nicely.

In your sheet set you will receive:

Sheex sheets come in a wide range of colors, there will be something that appeals to everyone. There are thirteen different options, a veritable rainbow for you. My personal favorites are the blush pink and the forest green.

Sheex sheets are made from a fabric that is 87% polyester microfiber and 13% spandex. The polyester microfiber is the fabric that wicks moisture away from your body while you sleep, giving the sheets the same function as sports gear while working out. Sheex claims that their sheets are ten times more breathable than the traditional cotton sheets you’re familiar with, and 2-3 times better at wicking moisture away from your body.

The spandex in the sheets makes them very stretchy. This gives them leeway to conform well to your mattress, and helps them stay wrinkle free. You won’t have to iron these bad boys!

Just like high performance sportswear, these sheets have a bit of a sheen to their appearance, and drape quite nicely.

The construction of this sheet is a knit, and does not have any thread count as a cotton sheet would, as it is a totally different way of putting the fabric together.

The fitted sheet has a very strong elastic band around its edges, which is there to help the sheet stay firmly in place. The pockets on the fitted sheet are very deep (20 inches on the king), and remember the sheets are stretchy. This means these sheets will fit on any mattress, no matter how deep it is.

Sheex sheets are made in China.

Sheex ships for free for orders over $150 for US customers. Sheex ships to selected international locations for a fee, which is calculated at checkout.

Sheex sheets come with a 30 day money back guarantee, so you can try them out risk free.

Sheex have a one year guarantee. Based on reports from current users, you can expect your Sheex to last for a good long time: many report theirs are looking as good as new 2-3 years later.

Sheex are going to feel totally unique, unlike any sheet you have ever used before. The marketing language on the website describes them as being ultra soft and lightweight. I think it’s best to imagine a really high performance, moisture wicking sports tee, and pretending that is your bed sheet. That is what Sheex is going to feel like.

If you compare Sheex to cotton, it is going to feel a lot softer, silkier, and more light-weight. The magnitude of difference is vast, and I think this is where a lot of people struggle with Sheex as they are not quite prepared for just how different they are to the sheets they have been using their whole lives.

Why Are Sheex So Expensive?

A King/California King size Sheex set is going to set you back somewhere around $200. The biggest factor here is the actual fabric itself. Think how much a high performance sports tee costs compared to a standard cotton tee, and there you have it. The way the fabric is knit and the composition of it give it the breathability and durability you get with your Sheex, so that is the main thing you are paying for.

Furthermore, the stitching and finishing is of a very high standard and the elastic on the fitted sheet is very strong so you can expect your Sheex to last for years. 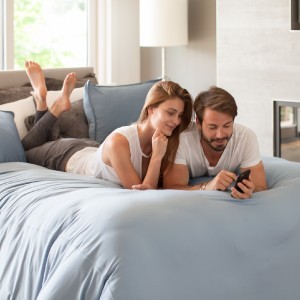 Opinion on Sheex is quite divided. They are one of those things that people absolutely love, or absolutely loathe. I have also found one small issue inherent to the sheets within the complaints from people who don’t like them. Here are some opinions from both sides.

From Those Who Dislike Them:

From Those Who Love Them:

You can see from these comments that what is great in one person’s opinion is no good for someone else. Sheex truly are divisive, but if you’re on the fence about them remember you have your 30 day money back guarantee to fall back on.

What Are My Alternatives?

If you’re feeling a bit unsure about Sheex after reading the above (my job is to give you the whole picture, not just the positive), you have several other options if you’re looking for a change from your regular cotton sheets.

Top of my recommendations would have to be bamboo sheets. Bamboo sheets are softer than cotton, and they are more breathable too. This means bamboo is a great material if you’re looking for a breathable sheet that isn’t like high performance sports wear. They’ll also be cheaper than Sheex: you can pick up a quality set for less than half the price.

Through my hours of research in creating this post, a brand that kept popping up amongst customers who didn’t like Sheex was PeachSkin. PeachSkin sheets are also a very soft, moisture wicking microfiber so they are a great alternative that are also lower cost.

Despite all the polarizing comments about Sheex, there really are tons of people who love them. Here are some of the things happy customers had to say about their Sheex sheets: 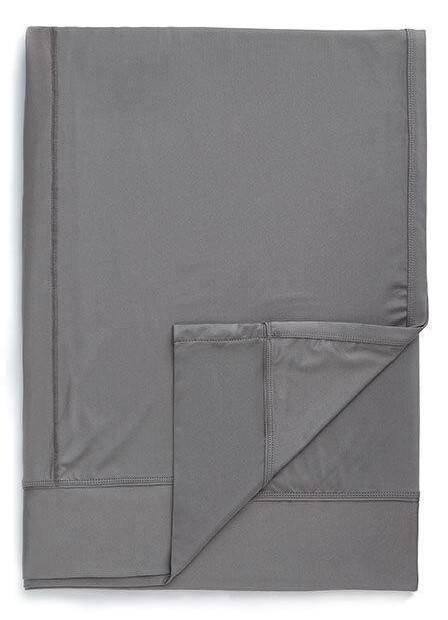 Anything Else I Need To Know?

Should I Buy Sheex? My Final Opinion

The answer here is maybe. Sheex are a polarizing product with people who love them and people who don’t.

I think you should buy them if this is you:

If you’re just after something that is soft and cooling, I personally think you’d probably find bamboo sheets will serve you better.

Emily is the creator and owner of bestmattressforyou.com. Emily's scientific background gives her an analytical, critical, and discerning eye to bring unbiased, thorough, and helpful content to the site. Your good sleep is her top priority.
All Posts »
PrevPreviousHow To Relax Before Bed – 7 Things To Try Tonight
NextWhat To Do With An Old Mattress: 5 Best SolutionsNext