Nectar Vs DreamCloud Mattress Review – Which Is Best For You?

Nectar vs DreamCloud: get all the info here! They may seem like a slightly odd pair to compare on the surface: one is a memory foam mattress and one is a hybrid mattress. But you’re about to find out that they may just have a bit more in common than you think, which is why I’ve chosen to compare them in this mattress review.

Spoiler alert: I think both are great mattresses in their own right, but they do probably suit different people in different ways (I’ll let you know my personal pick at the end). Both are incredibly popular and come virtually risk free to try, so read on to find out all about these two high achievers of the online mattress choices. If you want to go straight to any specific section of the review, please click the links below:

For those of you wanting the essential facts right now, here is everything you need to know about these two mattresses in one glance. 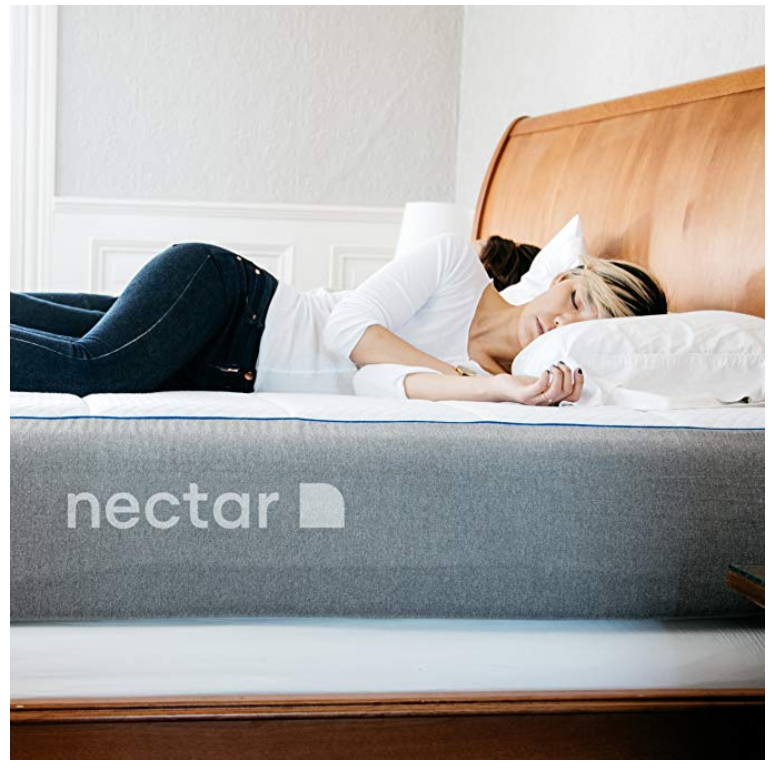 Nectar entered the online mattress market in 2017, with the goal of producing one high quality memory foam mattress for less than $1000. Nectar found instant success, and sold more than 50,000 mattresses in their first year of business. They did experience some teething problems with fulfilling orders initially and their customer service rating took a dive as a result. They have recovered well, and my research indicates they have ironed out all those problems and are as popular as ever.

DreamCloud entered the market in 2018, with the goal of producing a high quality and luxurious feeling hybrid for a fraction of the cost of similar mattresses. Like Nectar, DreamCloud had a huge first year in business with similar supply issues, but managed to maintain their customer service record.

HERE IS THE INTERESTING THING: Nectar and DreamCloud are owned by the same company. DreamCloud is a Nectar brand! That is why you will see that both mattresses offer the same amazing 365 night sleep trial and everlong warranty, and why their shipping policies are the same. I believe their customer service teams are actually one and the same, too. This is because when I live chatted with each company to ask questions about their mattresses, I spoke to the same person both times! So I think you can rest assured that if DreamCloud has excellent customer service (which even people who don’t end up liking the mattress rave about), so does Nectar.

As I have touched on above, even though these two mattresses are totally different types of mattress (Nectar is memory foam and DreamCloud is hybrid), there are a number of similarities between them. These are:

Nectar is a memory foam mattress, which means it has memory foam in its comfort layers, and a higher density foam as its support layer. It contains TWO layers of gel infused memory foam, which is quite unusual (most competitors will only have one), especially given its price point.

The mattress is constructed from four vegetable based, CertiPUR-US certified foam layers encased in a cotton tencel cover. CertiPUR-US certification means you can rest assured your mattress is low emission, does not contain ozone depleters, or a whole raft of other chemicals that are known to be hazardous to human health.

Due to having less layers and no coils, the Nectar mattress is the lighter out of Nectar vs DreamCloud.

As I mentioned above, the DreamCloud is a hybrid mattress, meaning it contains both a more traditional coil support system, and a comfort layer comprised of newer technology mattress materials. The DreamCloud mattress has a whopping eight layers in total, which I will break down and explain for you. The foam layers within DreamCloud are also CertiPUR-US certified.

Despite the fact it contains coils, it is still delivered to you as a “mattress in a box”.

From the top of the mattress down, the eight layers consist of:

So as you can see, there is quite a large difference in the construction and materials used to make these two different mattresses. Let’s compare the prices of Nectar vs DreamCloud to see what those differences translate to for your wallet:

An Everlong Warranty Sounds Too Good To Be True. How Does It Work?

The warranty works the same for both mattresses, the wording in each warranty document is virtually identical. Here’s how they work: 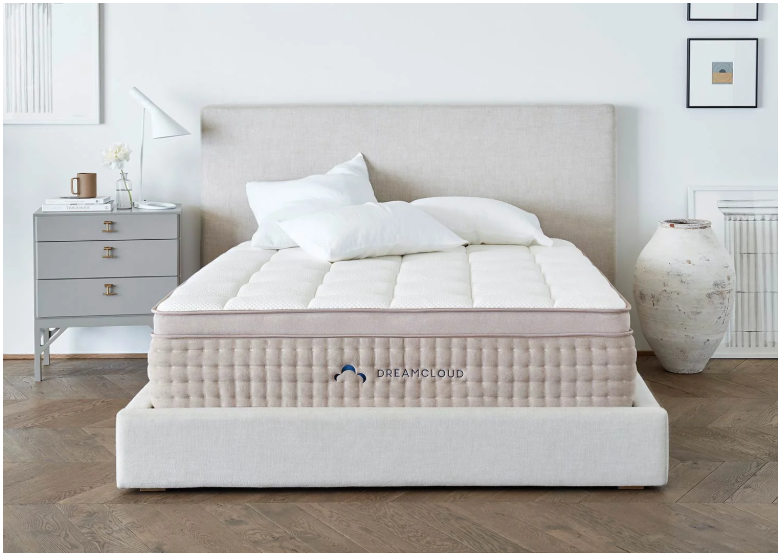 Who Are The Mattresses Best Suited To?

Both are suited for a wide range of people and both are highly breathable thanks to the materials used in their covers and the technology found within the inner materials. DreamCloud does, however, have a slight edge over Nectar when it comes to breathability as it has the coil support base for more air flow, as well as breathable components in the comfort layers (gel foam, latex, and wool in the cover).

Nectar a better choice for:

DreamCloud is a better choice for:

Are There Any Problems With These Mattresses?

I always aim to bring you unbiased and balanced information about any mattress I talk about with you, and that includes any negative aspects to them. Before we crack into the negatives of the mattress, you need to note that there is one big issue with these (and a lot of their competitors too) mattresses: they are new, having been released in the last two years. Based on the quality of the materials used, I’d expect them to last at least the standard 7-8 years and you do have the everlong warranty to back you up, but the durability of these mattresses is an unknown at this stage.

From meticulously going through the hundreds of Amazon reviews for this mattress, I found two common issues among the one star reviews. These two were:

I have mentioned Nectar’s patchy customer service record, but I believe they have left their issues in the past and their service should be on par with that of DreamCloud, which nobody can fault.

I honestly found it quite hard to find anything wrong with this mattress. Apart from it feeling a bit firm for some people as one might expect with a firmer mattress, there really isn’t much that people are complaining about.

Sure, there were the teething issues with supply around launch time, there are loads of complaints about that on Reddit, but this issue has been resolved. Many Reddit users who had this initial problem went on to love their mattress once it arrived.

Like I said, the durability is an unknown, but I think this is a very sturdy mattress.

If I’m really nitpicking, the DreamCloud is big and heavy: it’s quite cumbersome to lug around. That is honestly the only negative thing I can come up with.

HOWEVER: I think Nectar have had their fingers burnt somewhat by introducing their mattress to Amazon, where it has much lower ratings and a lot more negative reviews than the Nectar company website. Is it a coincidence then, that the company has not made DreamCloud available for Amazon sales? Hmmm. I’ll let you decide what you think.

What Are Real Readers Who Love These Mattresses Saying About Them?

“This mattress is definitely medium firm, not plush. For me it is doing an excellent job of providing support, dissipating heat, and relieving pressure points”

“We felt like we were cradled by a memory foam that wasn’t to hot, or made us sink, or any of the other “bad” things people say about memory foam”

“I read enough reviews to make my eyes bleed before finally deciding to buy this mattress, and now I sleep better than ever”

“The Nectar felt a bit too firm for the first couple of nights, then we got used to it or it softened up a little and it is now extremely comfortable”

“I like that when one person rolls over or gets up you do not notice any movement. My partner also thinks he is sleeping cooler now”

“Easily comparable to a $3000 mattress bought in a store”

“I now sleep better and have more energy throughout the day”

“DreamCloud not only brings good sleep, it took away my hip pain, too”

So that bring us to the end of this Nectar vs DreamCloud mattress review.

I promised I’d reveal my personal choice at the end: I would choose a DreamCloud. I think it sounds so luxe! I love the idea of the cashmere hand tufted cover, and I really like latex as a mattress material. I think the Nectar sounds like a great memory foam mattress, but I think from my own experiences of owning a memory foam mattress, I personally prefer the feeling of a hybrid. I know a ton of people who are the opposite! How about you? Which one do you choose?